Please send an email to esvpecvpcongress2018@gmail.com for confirmation problems or to pr@usamvcluj.ro for any other questions.

Cluj-Napoca, the heart of Transylvania

Cluj-Napoca, as capital of historical region Transylvania is one of the most visited cities in Romania. The city, with around 325, 000 people, is very pleasant, and it is certainly a great experience for those who want to see urban Transylvanian life at its best. Along with fine dining, excellent cultural activities, a wonderful historical legacy and a great atmosphere, the city will certainly not disappoint those who add it to their travel itinerary. What's more is the fact that Cluj (as it's called for short) is so easy to access and get around.

The official language is Romanian, a Romance language. Most educated people born after about 1970 will speak reasonably good English and will likely be proficient in one or more second Romance languages; most educated people born before about 1970 will speak reasonably good French and Italian. Hungarian is a common language, spoken by the relatively large Hungarian minority.

Public transport in the city is good - 25 bus lines, 7 trolleybus lines, and 3 tram lines, all operated by the RATUC company. Complete routes can be found on the company's website. Schedules are available online (goo.gl/qHKwfx). For most lines servicing the city center you won't need to wait more than 10 minutes. The tariff is 4 RON (about 85 eurocents) for two travels (= one ticket for two travels costs 4 RON). Tickets can be bought for cash at special booths at most stops, identifiable by the RATUC logo. At some stops, there are also new modern-looking ticket machines accepting coins, banknotes and debit/credit cards. If you have a Romanian SIM-card, it is possible to buy SMS tickets.

Taxis are relatively more expensive than in other parts of Romania, but still cheap by European levels, and very convenient. The tariff is around RON 2.25 (c. 50 eurocents/ USD0.70) per kilometre, and the same is applied as start fee. All the respectable companies charge the same price. Typically you won't pay more than RON 10-15 (€3-4) for a travel between the city centre and some point in the suburbs. Payment is always done in cash, and paying by credit card is not possible. Also, the price per kilometre is sometimes displayed on the cab door. It should be no more than RON 2.25. Cabs can also be phoned in. You typically need to give a name, and wait for the number of the car to be relayed to you. Cars will arrive after a period on the order of minutes. Some of the taxi companies in Cluj-Napoca:

Cars can be rented from the numerous operators throughout the city. Many small tourism agencies also act as intermediaries for renting cars, and you might be able to get better rates there. You can find such agencies scattered throughout the city centre.

A good idea to get around the city is by bike. There are many opportunities to rent a bike in cost-free bike-sharing system from Down Town Rent a Bike, I’Velo or StudentObike. Other rent offices are at Raiffeisen Bank agencies. There is a developing public-funded program of a 50 self-service bike-renting-stations and 500 bicycles network in the city.

What to see In Cluj-Napoca

You should see Matthias Corvinus' mounted statue and the old St. Michael's Church in the Union Square -- right in the middle of the city. This Gothic architecture piece is one of the most valuable in Transylvania. Its murals date from the 15th century, and the 50m neogothic tower was built in 1860. The statue is always scaled by tourists, although officially this is not allowed.

The area around the Union Square is also a must see for the visitor, with the Teleki and Banffy Palaces (the former now housing the National Art Museum), the Franciscan Monastery, the first Unitarian Church in the world, the Piarist Churches, the Mirror Street (Iuliu Maniu Street - a unique architectural accomplishment dating back to the late 1800s) and Matthias Corvinus' place of birth, a former 15th Century hotel now home to the Visual Arts Academy.

Smaller streets around the Square can take you into splendid inner courts, old houses and isolated Churches. The Tailors' Bastion and the corresponding section of the medieval wall is very well preserved, South-East of the Union Square.

The Museum Square, a 2 minute walk from the Union Square, is home to the Franciscan Monastery (a combination of baroque and gothic architecture dating back to the 14th Century), the Transylvanian History Museum and the old Obelisk of the City, offered to the City as acknowledgement of its statute by the Austrian Emperor Franz Ferdinand in the 19th Century. You can have a nice coffee right by the Obelisk, as during daytime the surrounding clubs and cafes move out of their inside locations into cool, relaxing terraces.

The Botanical Garden (Republicii no. 42) spreads over 14 hectares and contains among others a small Japanese garden, greenhouses for ecuatorial and tropical plants, a small water course through its middle, and a tower which can be climbed to get a better view of the garden arrangements.

The Central Park is a welcome break from the rush of the city. The middle of the park hosts a small lake and the Chios Casino, from the terrace of which you can rent rowboats and hydrobicycles to circle the small island in the centre of the lake.

The Cetatuia Hill (Fortress Hill) used to hold a stronghold, as its name implies. People were also jailed there. Not much of the old fortress remains, but the Transylvania Hotel (also known to the locals as Belvedere) was built on top of the hill, and besides the great view offers a good restaurant as well. The hill can be climbed by stairs from the centre of the city. On the way you will also find a large iron cross monument. A walkway circles the crown of the hill just below the Hotel, offering a nice view to the city.

Cluj-Napoca is one of the best cities in Romania for shopping, with two of the largest malls: Iulius Mall and VIVO. You can also visit Sora Shopping Center, Central and Ferdinand Galeries. There are various smaller shops in the city center (especially in the Mihai Viteazu Square area) and Marasti Square (sometimes a cheaper alternative).

Cluj-Napoca is in general a safe city. Even after dark, it is safe to walk through the city center and some of the other neighbourhoods. You should, as always, take care of your belongings and pockets. As throughout the rest of the European Union, the Police, Ambulance, and Fire Department are reachable at the number 112.

The last three years have seen a boom in the Cluj lodging scene. There are lodging options for all budgets, including a three 5 star hotels. Other than that, you can find something that suits your needs.

Getting to Cluj-Napoca is easy due to its position and its status as a major Romanian city.

For budget European travellers, a cheap alternative is to fly to Budapest Ferihegy Airport with a low-cost company, and then shuttle to Cluj-Napoca. The shuttle takes six to eight hours to make the travel. Many companies travel this route. You can find shuttles from early morning till late night. Reservations have to be made in advance. Make sure you leave at least two hours between your flight arrival and the departure of the shuttle, to allow for any flight delays. Prices are around 80 to 100 RON (20 EUR).

The Airport of Cluj-Napoca has transport connections to downtown Cluj-Napoca. To get there, travelers can choose between car rentals, taxi, limo service and public transport (trolleybus line No.5 or bus No 8. with frequent service to the city centre). The trolleybus stop is close to the airport building (walk to the road in front of the airport and then turn right).

Cluj-Napoca has good road connections. European road E60 links it to Bucharest and Brasov to the south, Oradea and Budapest to the west, through Bors customs. E81 leads to Zalau and Satu Mare to the north, Brasov and Bucharest to the south. E58 links Cluj-Napoca to Dej, Bistrita, Baia Mare and Vatra Dornei.

When planning a train trip in Romania, allow 2 hours for each hundred kilometres of journey by road.

There are train connections to most Romanian cities, including fast InterCity connections to Oradea, Arad, Timișoara, Brașov, Sighișoara, Ploiești and Bucharest. Many trains to Budapest leave early in the morning. The average trip from Cluj to Budapest is around 8 hours. Cluj to Bucharest can vary between 8 and 14 hours. Recommend a cheap Wizz airline flight.

Cluj dining is some of the best in Romania. Ranging from traditional Romanian, Hungarian and Transylvanian (a combination of the previous two) to Italian, Chinese, Japanese, Mexican, Middle Eastern, American and International Cuisine, the city can offer great dining for all tastes.

Fancy restaurants are available as well as local fast food shops and a few international chains (McDonald's, Pizza Hut). You will find budget fixed menus as well as a-la-carte menus in almost each part of the city. The breakfast (typical continental or English) is around 10-15 RON (3-4 EUR), A regular pizza (350-500 gr) or pasta costs between 12 to 30 RON; A soup (very usual in Romania as the first dish) you will find in sweet (supa) or sour (ciorba) variants for 8-15 RON; A main course (nothing extravagant, meat + side dish) between 12 - 30 RON; A large variety of other cuisines is available, but you may like to try the local flavours (Varza a la Cluj - sour cabbage with pork chops, mamaliga cu smantana - corn polenta with cream, goulasch - which you can find in Cluj in various variants - from soup to main dish - and ingredients - beans, potato, pork, veal, chicken, more or less spicy etc.).

Cluj has a vibrant night life, guaranteed by the over 60000 University students living here. There are bars, cafés, clubs for all preferences and budgets. 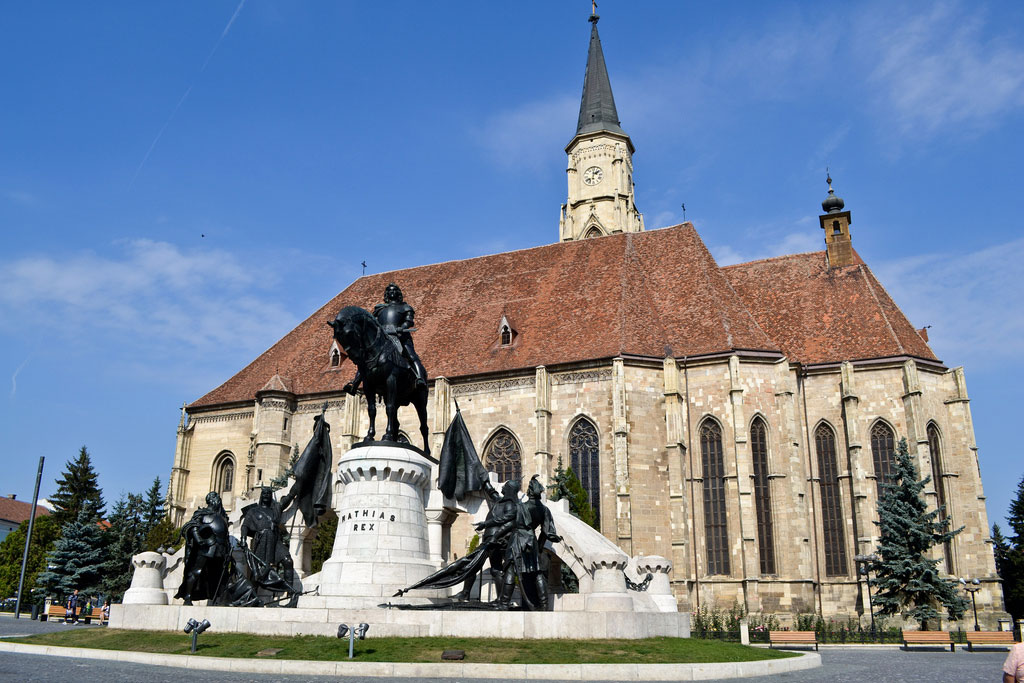 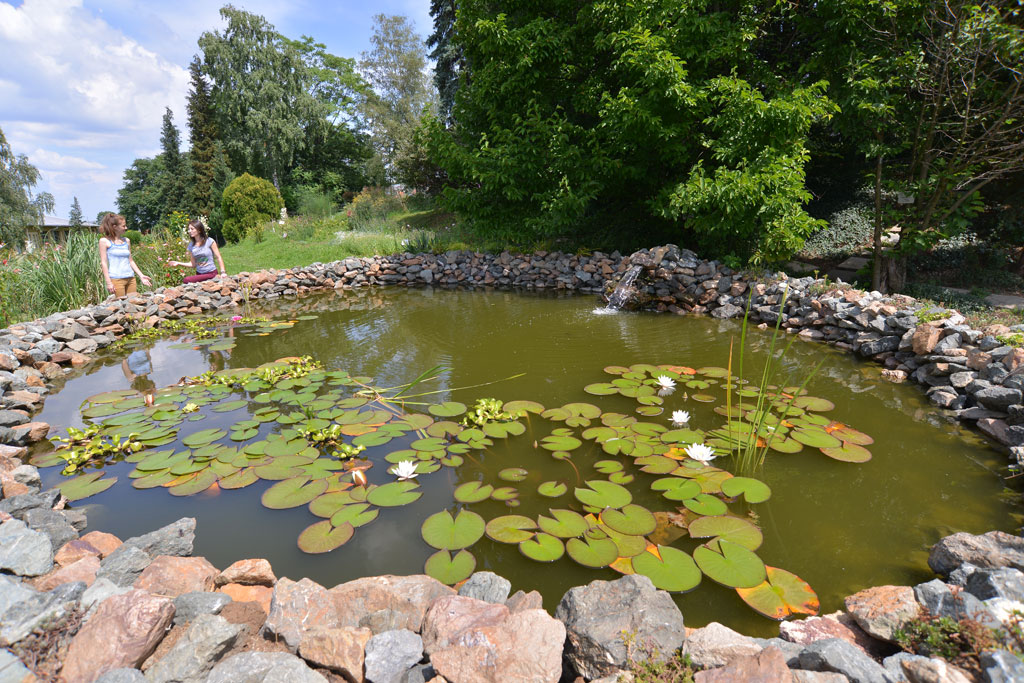 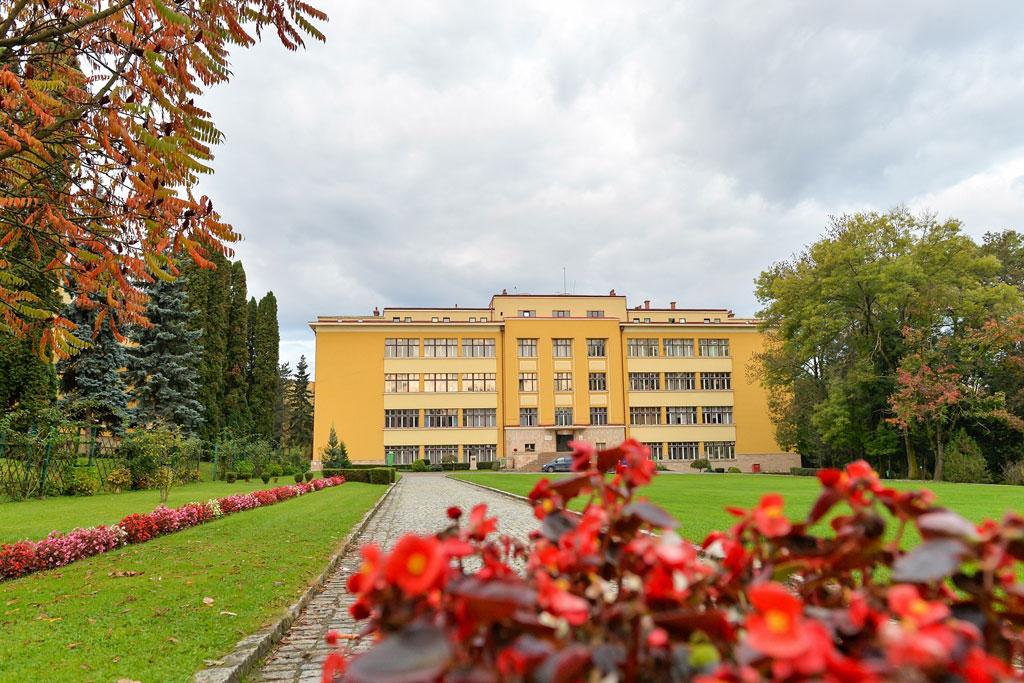 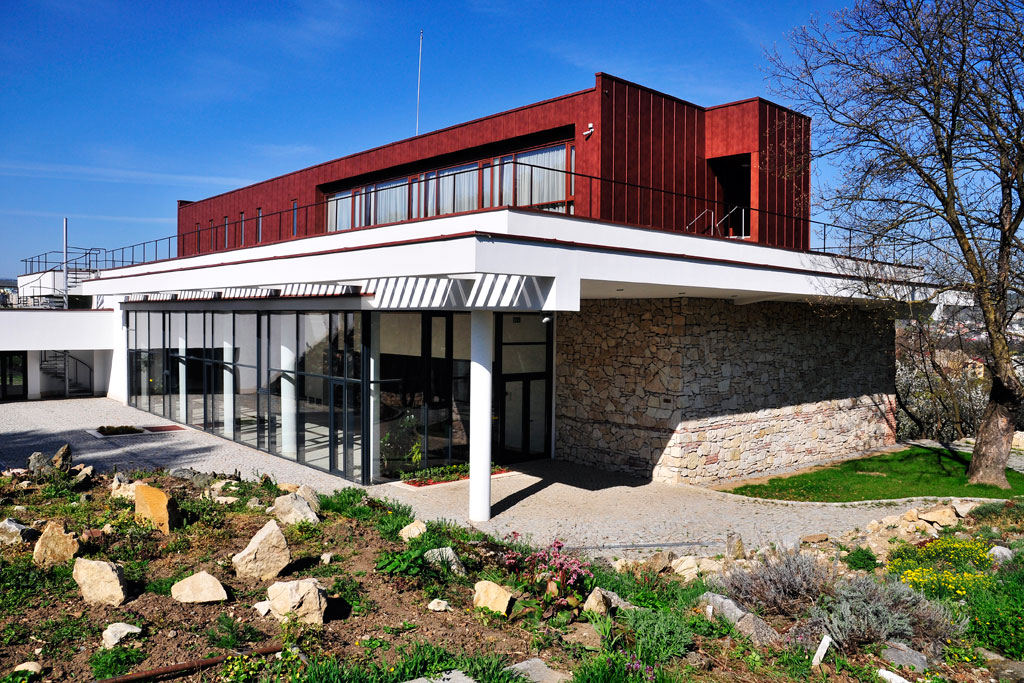 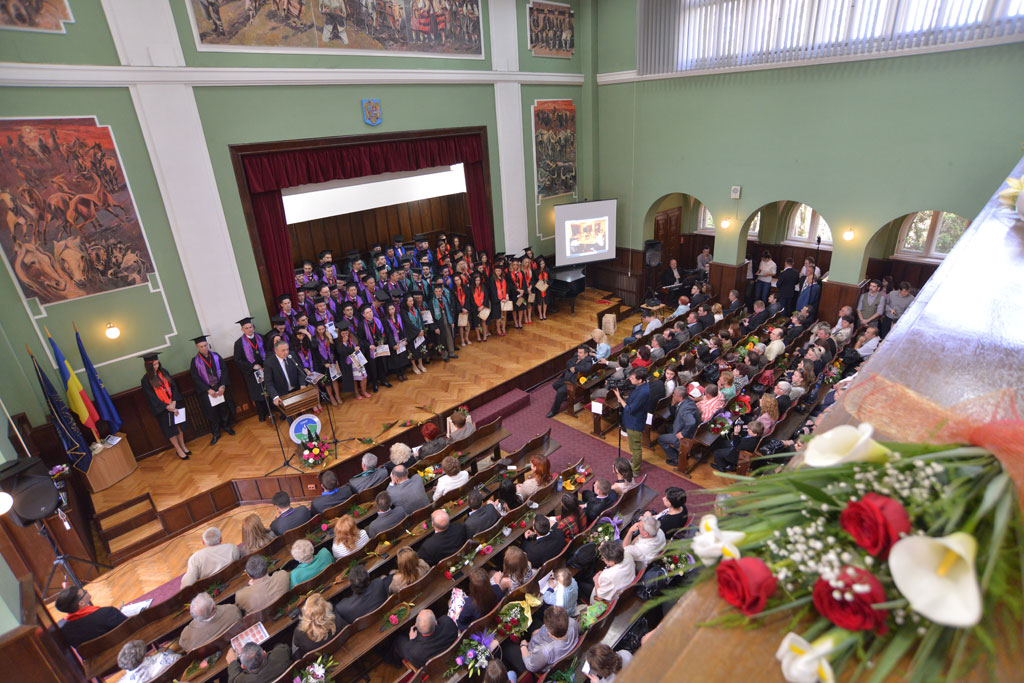 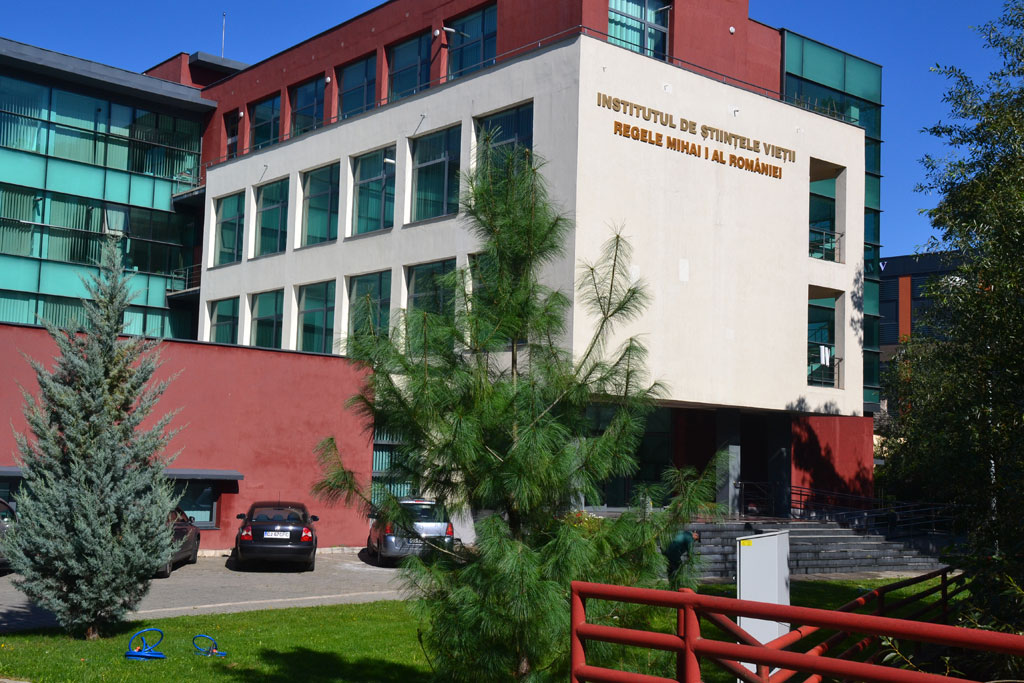 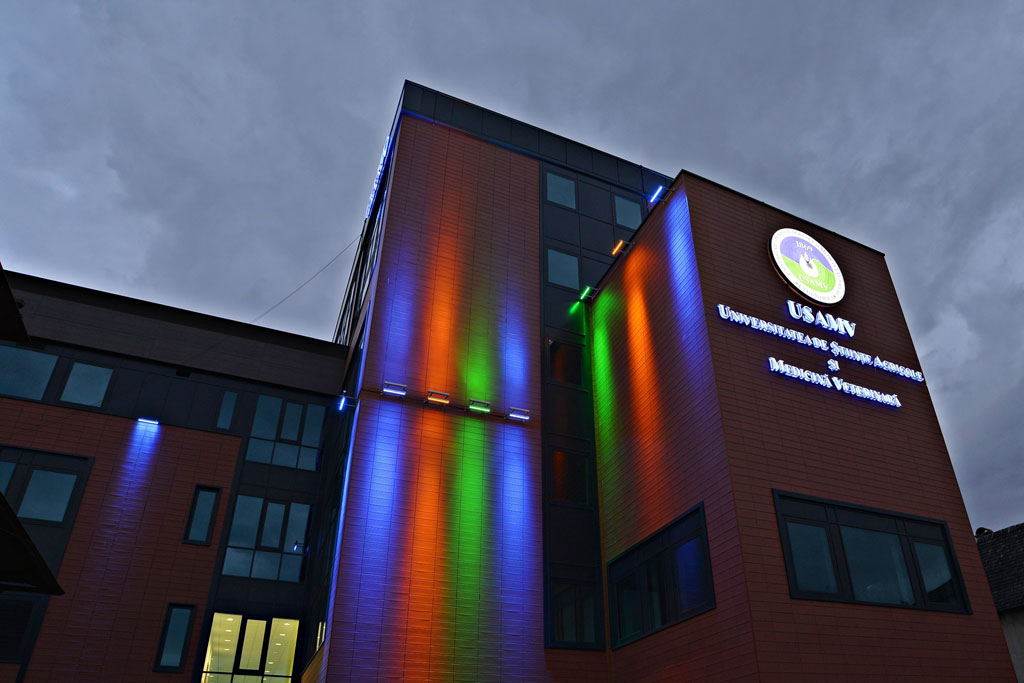 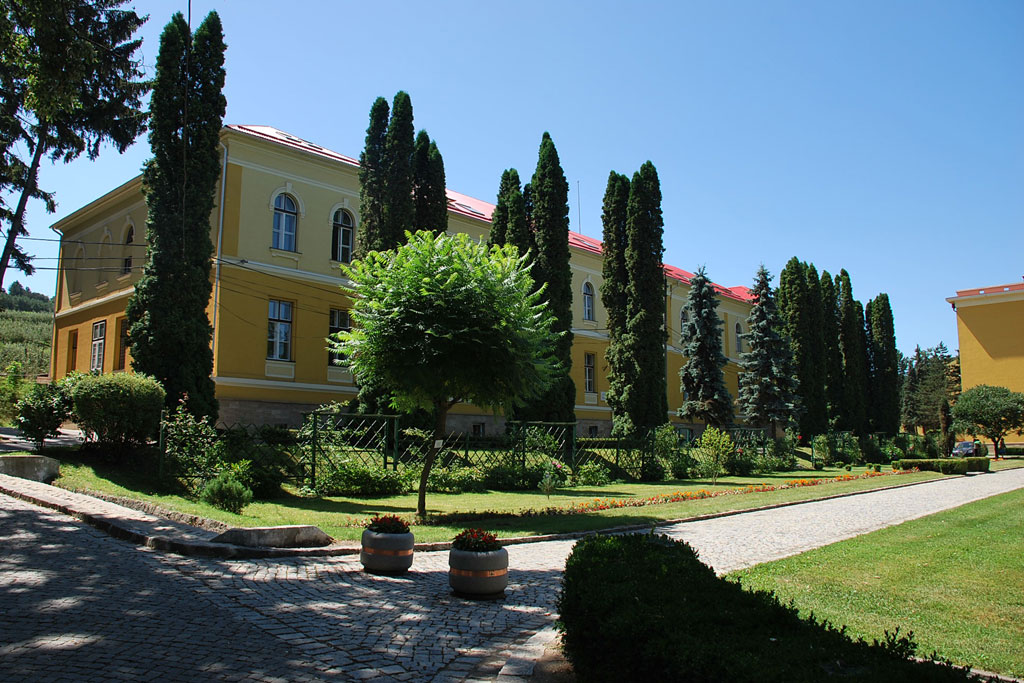 This privacy statement explains to users the type, scope and purpose of the personal data collected on this website and used by the Congress Organizing office.

Personal data is information that can be used to identify a living person, i.e. details that can be traced to a person. This includes the name, e-mail address or phone number. Personal data is only collected, used and passed on by the Congress Organizing office if this is permitted by law or if users consent to the collection of their data.

When registering for the Congress via this website, the user’s details are stored for the purpose of processing the enquiry as well as in the event of subsequent business. This includes the invitation to future congresses of the ESVP/ECVP.

Fees for members, non-members and students include: access to the scientific program, conference documentation, coffee and lunches according to the program, the welcome reception and the congress dinner.
1) Member of ESVP, or ECVP, or ACVP
2) Member of ESVP and ECVP / ACVP
3) Students: Students and PhD students benefit from a discounted fee certifying an employment with a considerably reduced salary. To register as a Student please provide a certification from a University supervisor.
4) One-day registration fee includes access to the scientific program on the particular day, meeting documentation, coffee and lunches according to the program. Please note that the congress dinner is not included in the fee and it can be purchased separately upon availability.